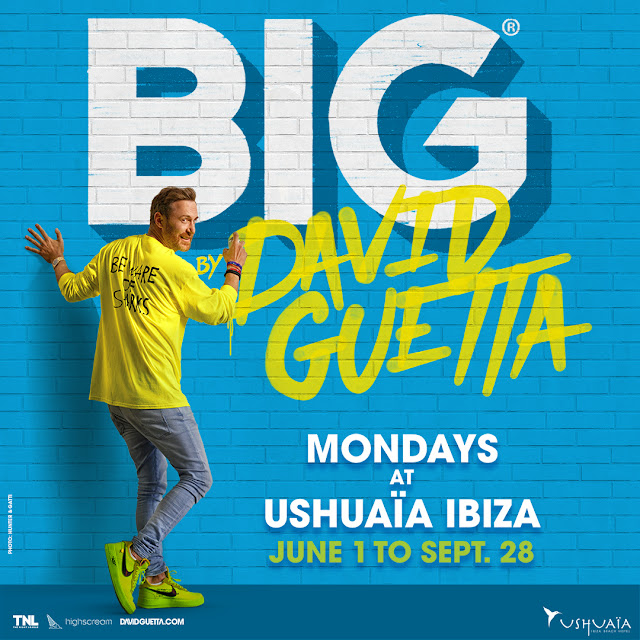 Ushuaïa Ibiza unveils the first residency of the decade, revealing that ‘BIG’ by David Guetta will return to the island for another season. David Guetta will bring his boundless creative energy to the open-air club every Monday, from June 1st to September 28th.

In celebration of David Guetta’s 9th season at Ushuaïa Ibiza, the ‘BIG’ concept will be executed again on a monumental scale in 2020. From an aerialist performer floating across the sky on a balloon bunch to a gigantic waterfall installation, Ushuaïa Ibiza will up the ante once again with another state-of-the-art production lined up for the new season.

‘Ushuaïa is like a second home to me. The crowd is always amazing and of course we’re going BIG on the production again this year. I can’t wait to get back there!’, says David Guetta. 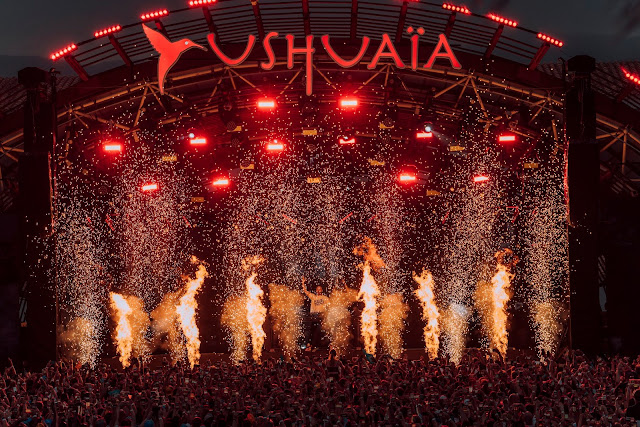 The Night League, the team behind Ushuaïa Ibiza, created the ‘BIG’ concept in 2016 as the first event that would do everything on a large scale, calling for bigger production plans, teams, and behind-the-scenes efforts. Not only does it return the world’s most well-renowned DJ to the Ushuaïa Ibiza spotlight each year, but the event’s success can also be attributed to the buzzing ambience that sweeps through the venue as the vibe amplifies while the mammoth production comes to life.

‘BIG’ by David Guetta holds its place as the best-selling event in Ibiza, exemplifying Ushuaïa’s position at island’s #1 open-air club, and David’s continued multifaceted success. Globally, he’s racked up over 50 million record sales, whereas his total number of streams is over 10 billion. He has received numerous Platinum and Gold certifications, was named ‘EDM Power Player’ by Billboard, and won two Grammy Awards out of six nominations. 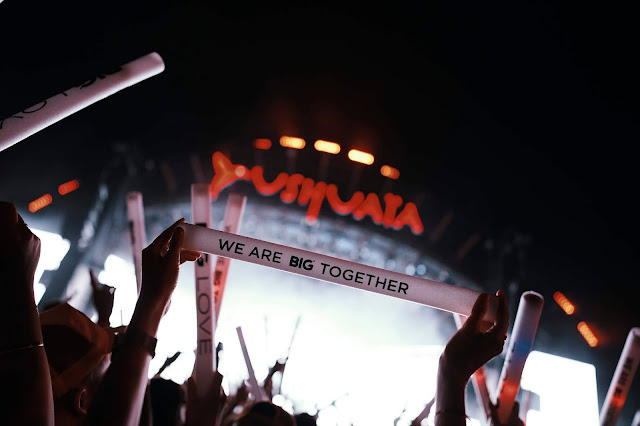 While the full line-up is yet to be announced, the tickets are on sale now via this link.

The jewel in Ibiza’s party crown, Ushuaïa’s dedication to bringing the most-sought-after names to their world-famous stage ensures they remain one step ahead of the game every time. Based on the experiences gathered over the years, Ushuaïa Ibiza is dedicated to providing the best outdoor entertainment possible. The legendary poolside parties have been drawing in the crowds ever since the very beginning. The Night League, the team behind the #1 open-air club raises the bar even higher, with an impeccable lineup of superstar residents from across the electronic music spectrum playing from daytime to midnight. Not just content with packing their nights full of world-class artists, Ushuaïa Ibiza constantly outdoes itself when it comes to phenomenal productions, with a different theme each night of the week. With incredible pyrotechnics, mind-blowing lighting, visuals and a state of the art sound system, not to mention the beautifully designed gogo costumes, as well as an abundance of confetti, streamers and CO2, it’s no surprise people flock from around the world for the inimitable Ushuaïa experience.